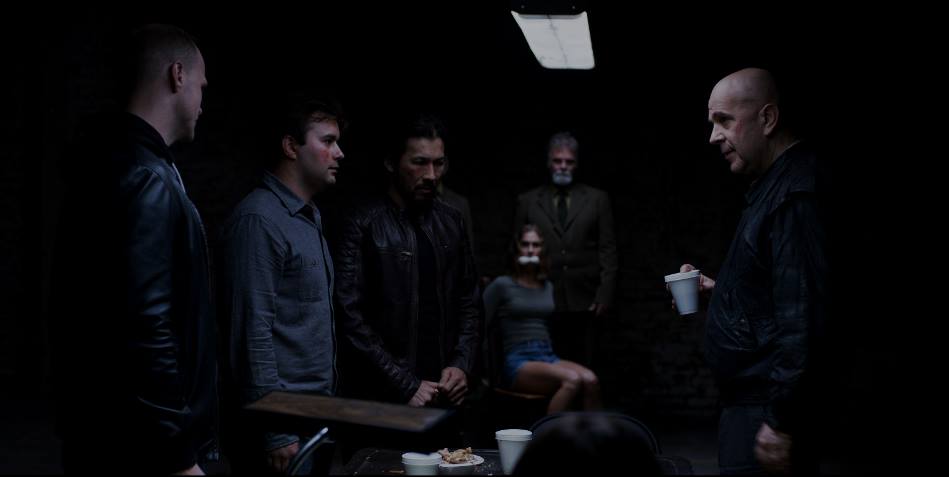 Behind The Episode, Episode One

The Tourist (Behind The Episode)

If we don’t understand history, we will never come to terms with the present and future. Much of history is swept under the rug by not being recorded because it is considered embarrassing or compromising to someone or some people. Yet, much of history still exists in some records; it’s often discarded or maligned by certain academic institutions that may have a bias in the matter. I always hated the Thanksgiving ceremonies in lower school since they suggested that Pilgrims and Indians just got along, holding hands. If we don’t accept the real truths, we are no better than the racists and misogynists we condemn today. So let us begin with Episode 1: The Bunker, a brief foray into The Russian Empire/ Soviet Union/ Russia, and the country of Georgia…

The territory of Georgia, centered around largest city and capital Tbilisi, was controlled by the Persians in much of the early development of the country from the 1500s through the 1800s. Around 1801, The Russian Empire annexed Georgia which caused the city to develop Western-style architecture and infrastructure. The country as a whole developed and gained brief independence in 1917 during the Russian Revolution. However, this was short-lived. The Soviets has gained control of Russia in 1921, they reinvaded areas including Georgia. When the Soviet Union broke up fully in 1991, a civil war erupted between warring mafia clans in Georgia. Tensions eventually settled, and Georgia tried to live peacefully. However, Russia would not let that be as some territories in Georgia decided to secede such as South Ossetia. South Ossetia is now a disputed area that is part of Georgia but contends its independence. Russia would love to claim South Ossetia as its own – this may be fair as Russian influence is felt every day there…

Russia continues to meddle in Georgia’s independence. A small war erupted in 2008, causing alarm from South Ossetia even though Georgians were killed. Georgians invaded parts of South Ossetia which prompted Russia to invade Georgia, citing Georgia’s aggressive nature as reason to invade – it would be nice if that made sense. As a result, Georgia ordered the Russians to leave the embassy in Tbilisi on August 29, 2008. The brief war between Russia and Georgia ended when President of France Nicolas Sarkozy negotiated a ceasefire agreement. However, these tensions have not been resolved since then as other countries around Russia like Ukraine continue to battle for their own independence from the super power of Russia.

There’s a parallel relationship between any super country and its surrounding, weaker neighbors. How Russia controls Ukraine and Georgia is just as interesting and demented as how the U.S. controls Canada and Mexico. I should note a main difference is that Russia wants these territories (Georgia and Ukraine) as part of the Soviet Union. The U.S. has thought about invading both Canada and Mexico but never acted on these greedy thoughts. Instead, we try to bully them to do our bidding such as fund a wall.

This episode certainly means to display Russian tactics in other countries: sexy, sterile, and ruthless. Meanwhile, the other two super powers, China and U.S., continue to spy on Russia, planting agents around embassies to gather information about Russian tactics. The U.S. government has never appreciated Russia’s stronghold grasp on many of these smaller countries. Most wars have been proxy battles, at large, between the U.S. and Russia. The Yom Kippur War in Israel is a perfect example of that. While this episode is meant as entertainment and we know who the “good girl” is, we should be questioning American purposes at all times. Motives neither good and bad nor black and white. The more Shifter proceeds, the more we will question everyone.

Every episode of Shifter hopes to make the audience reflect on the real world and their own lives. We’ve set the episodes in specific countries in which political and social conflicts are brewing. Embassies are mysterious constructions used to ultimately hide nefarious and notorious deeds from the public. How many of us remember the incident involving Jamal Khashoggi who was brutally murdered in the Saudi consulate embassy in Istanbul? Many such shady occurrences are commonplace behind embassy doors, let alone below embassy floors… The underground bunker serves to remind the audience to look beneath the surface; hidden rooms and obscured floors are subtle proof that we don’t always know what exists around us, let alone below us.

The threat of being an outsider is examined in this episode. People on vacation or on business are arrested all the time in foreign countries, accused of being spies or enemies. Otto Warmbier was a UVA student who took down a picture in a North Korean hotel lobby. He was promptly arrested, brainwashed, and tortured until his body was received a couple years later. Paul Whelan, an ex-marine, was visiting Russia and arrested as a suspected agent. He is still being detained as authorities look into the matter. Even the Stena Impero oil tanker which Iran seized in July of 2019 was brought about by the Iranians suspecting the ship of spying. Many international fiascos begin by one country suspecting a foreign source of stealing private information. The less straightforward that world powers are with each other, the more chaos will ensue.

Perspective is everything in life. It can help define culture or a side of an argument. Brilliant directors like Akira Kurosawa use perspective to push their story, reminding us that everyone sees something else. This is clear in his film, Rashomon, in which over four people tell us about an event that seems to change from story to story. Episode 1 of Shifter contains a quick retelling of an embassy fight in the hopes to provoke the audience into realizing that multiple perspectives are key and that this show will continue playing with perspective from social and political standpoints.